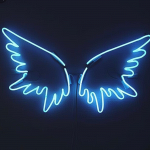 Hi, I'm Brooke, also known as BrokenVibes. Feel free to come up with any nicknames or funny jokes!

The Belmont family was rich and grand, and carried a legacy all through the Lost Cities. Everyone knew their name; so it was already assumed that their next child would be one of the others.

Cutting to the present elves;

Liana and Brendon Belmont eloped after the elite levels of Foxfire, simply stating that it was love at first sight. They were perfect for each other. But they hid a secret; neither of them had gotten match lists. They concealed their past and attempted to forgive and forget.

As Liana Belmont bragged about her newest addition to the family while she was pregnant, she grew more and more worried the anticipation behind the birth would die as soon as their child was born. She enjoyed the attention, but she knew she didn't want her child "broken" and bullied.

Liana had a perfect delivery, and Lark Rose and Brianna Louise Belmont were born. They were both beautiful, but Liana broke. She couldn't keep up with the complex life she lived and ran away.

The twins were bullied, but one day, both of them split paths. Brianna and Lark are now enemies.

Retrieved from "https://fun-fandom-kotlc.fandom.com/wiki/User:BrokenVibes?oldid=112158"
Community content is available under CC-BY-SA unless otherwise noted.