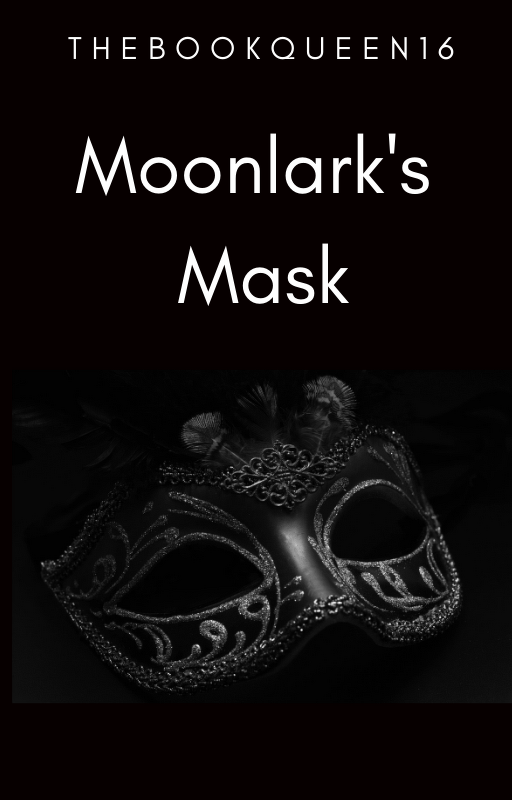 Being Sophie Foster isn’t as glamorous as it sounds, and Biana Vacker has found that out the hard way. Becoming Sophie was the easy part, keeping up the charade is much, much tougher. Biana will have to navigate Sophie’s crazy life that should come with a safety net, and sort out complicated feelings with her friends. And when a pressing rumor that Sophie is still alive surfaces, Biana will have to pull of some epic stunts to save her friend, and maybe save herself along the way.

In the thrilling sequel to Moonlark’s Murder, Biana will have to find what lengths she would to save her best friend. And be very careful not to die on the way.

I’m back at Livvy’s house, eating a piece of mallowmelt. Well, more like picking at. It tastes what I would imagine sawdust would taste like.

Livvy breezes in, hair in an immaculate bun and dressed in a navy blue suit with gold cufflinks. She looks gorgeous and brave, as always.

I raise a single eyebrow. “Cufflinks?” These past weeks have made me much more snarky then I used to be. I never got why Keefe used humor like a mask, but now I fully understand. It beats moping around.

Livvy swats at me with a folder she has in one hand. “I have a meeting with the Board of Emmisaries.”

The board is highly famous, consisting of 25 snooty emmisaries. They organize and disputes that aren’t important enough for the Council.

Livvy tries not to laugh and ultimately fails. No one called the Board of Emmisaries their true name, instead shortening it to Boes. Livvy seems to find this hysterical.

I shrug, and pick at my mallowmelt some more.

Livvy slips into the chair next to me. “What’s up, champ?”

I look at her. “I have a meeting with Councillor Clarette, the same Councillor that made an Arthropleura stab my brother in the stomach. Should I be happy?”

Livvy frowns. “Just be careful not to reveal your identity.”

It’s Livvy’s turn to roll her eyes. She picks up my uneaten plate and places it in the sink, and hands me a box of custard bursts. “Edaline brought these over earlier.”

I look down. Livvy and Tiergan managed to convince the Council to let them take care of me for a few months, on the argument Edaline and Grady weren’t stable. Grady and Edaline seemed to accept this, and always dropped off some gift or another. I’ve only seen them twice in the three week period that I’ve been back, due to the fact Livvy lied that I needed bedrest and elixirs to “heal” me.

I slip the ribbon off the box and open it, popping a custard burst in my mouth. I hand one to Livvy, and right before she bites into it, the doorbell rings.

I raise a single eyebrow. “And she hasn’t been the last, I don’t know, 21 other times we’ve met?”

Livvy sighs. “At least try to be tone down the attitude a little.” She advises while opening the door.

Councillor Clarette breezes in, like she owns the place. Her piercing cerulean eyes sweep across the room, finally coming to rest on me.

“Sophie Elizabeth Foster.” She says, stretching the E in Elizabeth.

“Councillor Clarette. Also known as King Dimitar’s doppelganger.” I say, a smirk dancing on my lips.

Livvy’s jaw drops, and she quickly pulls herself together. “I have to meet with the Boe - Board of Emmisaries, I’ll be back later.” She says, eyes jumping from me to Clarette.

Clarette dismisses her with a wave of her wrist. I try to look bored, although part of me wants to kick Clarette where it hurts for stabbing my brother with a giant bug.

Clarette breaks the silence. “So Sophie, any thoughts on the disappearance of Biana Rose Vacker, one of your close acquaintances?”

This is partially why I can’t stand Clarette, she talks live she swallowed a dictionary for breakfast. It drives me insane, and I know Livvy can’t stand it.

“I sincerely hope Biana is alive and safe, and that the Council will be able to find her as soon as possible.” I say breezily. If only she knew the truth. Mostly everyone has seemed to swallow that Biana ran away because of Fitz’s amnesia.

Clarett pounces. “Have you visited the Vackers at all during this hard time for them?

“Yes, several times in fact. The family is grieving, and I’d thought it would be better to let them heal without an distractions.” I say, proud of the excuse. To be completely honest, I don’t think I could take being around my family and yet lying about how I’m their daughter.

Clarette purses her lips. “Has it ever occured to you that they might heal better surrounded by friends and family?”

I glare at her. “I don’t think you know the Vacker’s quite as well as I do-”

Clarette’s importer makes a sharp beeping sound. Clarette whips it out, and grimaces.

“What happened?” I ask as Clarette gets off the couch, gown sweeping out behind her.

“The Council has called an emergency meeting,” She gives me a look of distaste. “And you’re invited to be there.”

Retrieved from "https://fun-fandom-kotlc.fandom.com/wiki/Moonlark%27s_Mask?oldid=124242"
Community content is available under CC-BY-SA unless otherwise noted.