three words, in this place, each powerful enough to make her heart stop. to her surprise, it didn't.

"sorry about the wait, as you know, there are a few complications that we've had to work through." a tall woman with auburn hair explained apologetically.

"yes, ha-ha." sophie gritted her teeth, and laughed nervously. she didn't need to be reminded of what a hassle she was.

mr. forkle had only let her add her biological parents if he was the only one to see them.

"i trust that magnate leto has spoken to you about the revised procedure we must complete?" the woman asked, her wide green eyes almost sparkling.

"yes, he has. my mom is here with me in the waiting room, for when we need her permission." the elixir had to be approved by her guardian/parent. sophie was happy to call edaline the latter of the two.

"alright, our physicians should be arriving momentarily. we're slightly busy today, so we had to call in two of our other physicians. i believe you might know them?" the woman said, perfectly timed as sophie's friends walked through the door.

in the midst of saying hello, a door opened, opposite to the waiting room door.

a handsome boy waltzed into the room, tapping sophie's shoulder gently, and spinning around as he passed her.

she gasped again when she saw what was in his hand. his match list. a tightly bound scroll, almost crushed in his tight grip.

"well, well, well. lady fos-boss still has her physicians on call, i see." keefe nonchalantly stated, trying, and awkwardly failing to hide his match list behind his back.

"what are you doing here?" she asked, trying to avoid embarrassment.

she knew very well what he was doing there.

she just found it odd that they were there at the same time.

sophie thought his hair always looked perfect, though she would never admit it.

"oh really?" sophie replied, crossing her arms. she blew a loose strand of hair away from her face.

keefe looked at the floor, suddenly very interested in his shoes. he had no rebuttal, something very unusual for him.

"ahem." elwin coughed, reminding the two of his and livvy's prescense.

sophie was jolted out of her thoughts.

keefe folded his match list in half and tucked it into his cape.

sophie wanted to ask about it, or make a joke, but all she could do was watch.

keefe met her eyes, and her heart fluttered a bit. sophie pushed the feeling down. whatever it was, she wasn't ready to deal with it.

keefe’s eyes looked a little hurt as he left, almost saying something but holding back.

sophie decided in the last second to transmit to him.

simple, but effective. keefe met her gaze as he backed out of the door, and sophie almost saw something more. 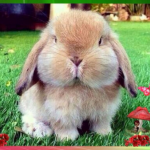