Kylie and Marcus Joyce were respected emmisaries, and when Kylie was pregnant, the last thing they expected were twins. They never went to the doctors, insisting the pregnancy was fine. Once Carmen and Scarlett were born, both parents were horrified. Someone high as up as them, having twins?

Marcus wanted to get rid on the twins, fast. But as soon as Kylie saw them, she fell in love with them. They both fought over this for a long time. Kylie eventually won, but it had caused a rift between them.

This eventually led to the divorce, when Carmen and Scarlett were 3. They both grew up with only a mother, and that was fine by them.

Carmen always loved the lime-light, and when the duo went to Foxfire, Carmen quickly rose through the ranks of popularity. Because she had a twin, many adults were colder to her, but the children were fine. Until they hit Level 4.

At first, only a few kids avoided them. It then started to grow, and grow, until the entire level hated them. All because of a stupid steortype. Carmen and Scarlett were the outcasts, and their popularity vanished.

Carmen hated this. It went against her very nature. She got through school and work, but not with the same personality she used to have.

Around when she was 15, Carmen started her to design, as a hobbie. Soon, her designs became more and more frequent on clothing. Bigger companies were asking for her as an intern, but she refused, wanting to finish her schooling. She compromised with her designing a few outfits a month instead of a full time job. The company agreed. Her popularity shot through the roof again, but she didn't want that now.

Carmen's now an advocate for many anti prejudice groups. She's also a huge star, often getting invited to concerts and such. Now she's in the Elite Levels as an empath, and trying to design and balance her schoolwork. Carmen in 17 years old and a Conjurer.

Carmen's very expressive. She never wants to be shut up, its like cutting of her oxygen flow. She's funny, kind, and is pretty nice. Her biggest pet-peeve is when people judge her on her fame, it's a sure-fire way to make her get angry, Famous for being a trend-setter, Carmen always comes out with the next fad or style. Carmen doesn't exactly have a hold on her emotions, so even the slightest things can tick her off. She's still a very caring person, however.

Bad at - Not letting her emotions run away with her.

In Check
We haven't really established rules about social media in the Elvin World. For now, I think it is reasonable to just get rid of it all the way, since they don't have phones. Also, it doesn't seem to be that they are into that sort of thing in this world. We can tell because of the way they don't exactly do anything on social media during casual hangouts. However, this is unclear. Once establishing the rules, we can revise this 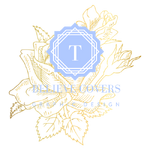 Approved
Conditionally approved - Bea has right of way to override if there are further issues that I do not see.

I need someone to show me my place in all this. ~Sophie

Retrieved from "https://fun-fandom-kotlc.fandom.com/wiki/Character_Approval/Carmen_Joyce?oldid=74260"
Community content is available under CC-BY-SA unless otherwise noted.