Brynn was born in a female body--but that's caused some... slight complications for them growing up. Being in the Elvin world, LGBTQ+ is definitely not normal. So Brynn didn't understand what was happening to them. Growing up a Vacker, they needed to be perfect to fulfill their name. But she/her never felt right. Never, ever. After researching humans, they learned about the concept of "nonbinary." That changed the world for them. After coming out in Level 8 at Foxfire, their world has been much easier--not to mention, learning about the subject got them quite interested in continuing to research various things--especially humans.

After growing up in Riverglen, a lesser-known Vacker home, Brynn was always different. A "nerd", and the only LGBTQ+ representative. They have two brothers, the eldest named Nelvar, a froster who is ten years older than Brynn, and Anlyn, a guster who is five years older than them. With a mother by the name of Hewla, a polyglot hiding her ability as a pyrokinetic, and a father named Oberyn, a shade, because elemental abilities run in the family, causing another complication: when Brynn manifested as a Conjurer, everyone knew that they were different. That they were "destined to ruin the family legacy."

They take pride in being related to the great Alden Vacker, even though they're pretty distant relatives, the name and eyes only bringing them together. Additionally, Brynn changed their name from Brynyeleia to ward off confusion on pronouns. Also, they love avoiding the topic, feeling uncomfortable when someone brings up her difference as of pronouns and gender identity. Currently, they are age twenty-nine.

Brynn was extremely timid and shy, but after you would get to know them, they would open up. Nowadays, after coming out as nonbinary, Brynn is a lot more open; they feel safer. They're extremely loyal--they don't give up, but they are a bit stubborn, so sometimes they are hard to work with.

They have teal eyes, shoulder-length, dark hair, and medium skin. They are of average height. 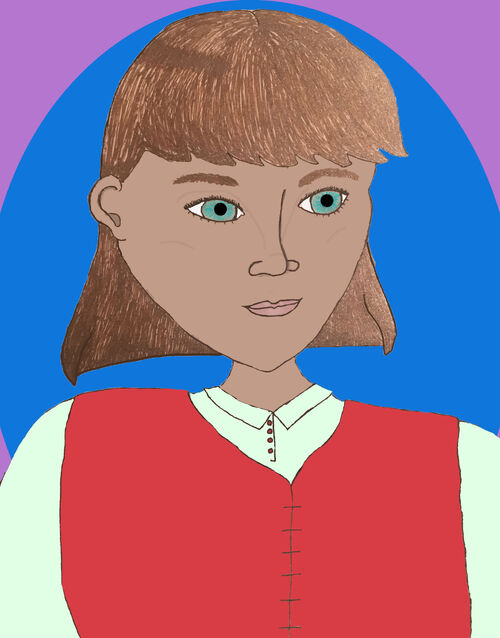 Code by Vee
Retrieved from "https://fun-fandom-kotlc.fandom.com/wiki/Brynn_Vacker?oldid=119517"
Community content is available under CC-BY-SA unless otherwise noted.